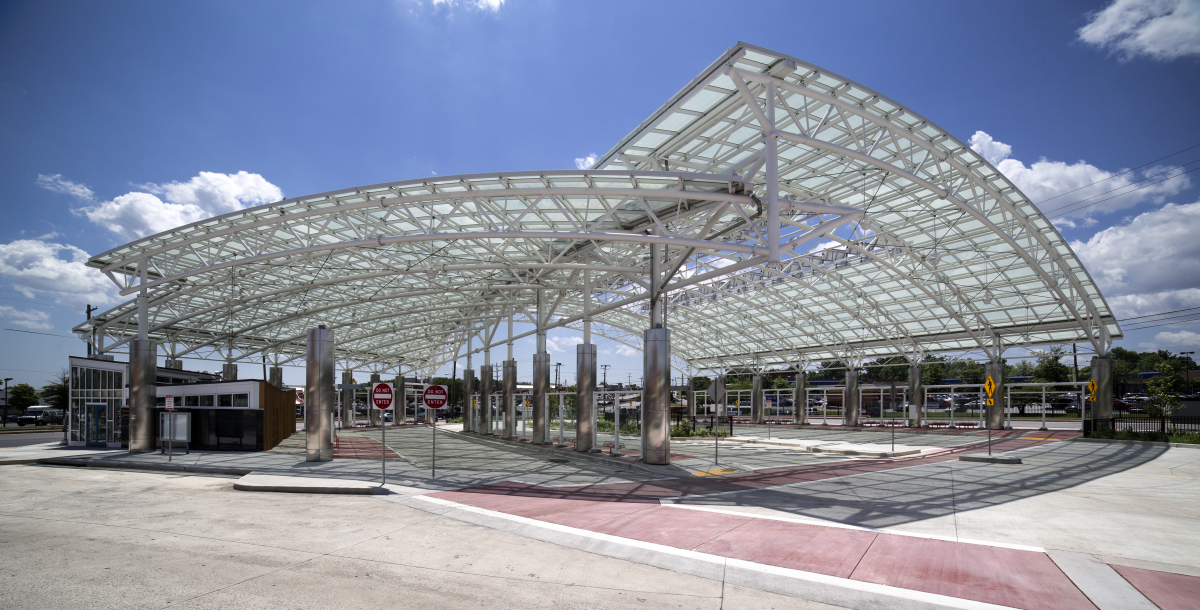 The Takoma Langley Crossroads Transit Center officially opened for service on December 22, 2016 and is operated by the Maryland Transit Administration. The Transit Center's Opening has centralized bus transfer points to create safer conditions for riders. More information can be found here. A customer brochure is available here.

The Takoma/Langley Crossroads is a bustling commercial center flanked by some of the highest residential densities in the Metropolitan Washington Area. 11 bus lines (WMATA, Montgomery County Ride On, Prince George's County The Bus) service this intersection, which is used by approximately 12,000 bus passengers daily. As the outcome of pedestrian safety improvements initiated in the early 2000's, the Maryland Transit Administration (MTA) is building a bus transit center on the northwest corner of the University Boulevard and New Hampshire Avenue intersection, where the Taco Bell is currently located. Updates on the transit center will be posted here.

A grand opening and ribbon cutting ceremony was held at the Transit Center.

Construction is moving forward on the Takoma Langley Crossroads Transit Center, starting with street modifications and drainage improvements in the area through Spring of 2014. Download the October Update (PDF) with the full projected schedule of construction in English and Spanish.

The Maryland Transit Administration (MTA) held a public meeting at the Takoma Park Community Center to share information on the Takoma/Langley Crossroads Transit Center Project, which will begin construction later this fall. Highlights from the meeting included:

MTA handouts from the public meeting are available from the Takoma Park Community Center at 7500 Maple Avenue, as well as the Takoma/Langley CDA. You can also download the materials in English and Spanish.